Non-Alcoholic Beer: Can it Curb Drinking and Driving?

You are here: Home / Resources / Non-Alcoholic Beer: Can it Curb Drinking and Driving?
December 12, 2014 by Editorial Staff 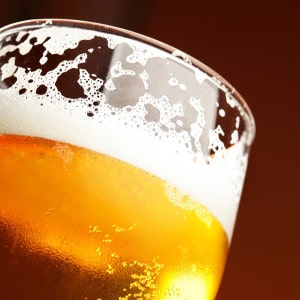 It is almost impossible to think that anyone decides they want to put lives in danger by intentionally drinking and driving. Bad decisions are one thing after a few too many beers, but, a mapped-out plan to drink and then drive home is almost laughable, even if the crime is nowhere near funny. In order to give people the tools to make responsible choices when it comes to drinking and driving, many feel more can be done to eliminate those risks other than passing stricter laws. The success of ignition interlock devices shows that given the opportunity to remain sober while driving, people will choose to stay safe. So, why wouldn’t a person just choose a non-alcoholic beer if he or she knows the dangers of drinking and driving?

More than likely, it is a matter of taste. Bad taste. Non-alcoholic beer isn’t known for its amazing flavor, and for anyone who loves to drink beer, these brews are deal breakers, two times over.  The culture of beer drinking, especially today with the amount of “craft beers” available, looks at a non-alcoholic beer as a flavor catastrophe. Even with the discovery of a new method of flavoring non-alcoholic beer to resemble the real thing, there is a cultural bias to the beverage. Would non-alcoholic beers help save us from drinking and driving? Yes, but, only if they are actually consumed.

We all love our freedom to choose, and when it comes to beer, the choices before us are as varied as the communities they’re brewed in. Solutions to drinking and driving can come in many forms, from the technology-based ignition interlock to designated driver programs or even non-alcoholic beer. There is choice involved in using any of those tools, and those choices can be life-changing. Nobody ever really chooses to drink and drive, but, before that decision is at hand, we can all make a choice to drink responsibly (even a “near beer” is better than too much beer) and avoid a map that leads directly into a drunk driving conviction or worse.

Previous Post: ← Know Your Limit or Don’t Drink and Drive?
Next Post: How Can a DUI Impact Your Virginia Commercial Driver’s License? →