How Can a DUI Impact Your Virginia Commercial Driver’s License?

You are here: Home / Law / How Can a DUI Impact Your Virginia Commercial Driver’s License?
December 16, 2014 by Editorial Staff 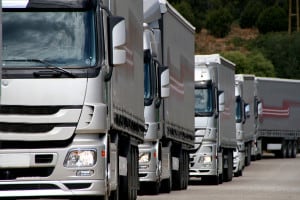 Drunk driving can land you in a lot of hot water. Having a DUI (driving under the influence) charge will impact your life in ways you might not expect. This is something to consider especially if your job requires you to drive. Although you may not think of it that way, your ability to drive legally is definitely a privilege and not a right. If you make certain decisions and commit certain crimes, such as drinking and driving, the privilege may be taken away from you.

As a holder of a Virginia commercial driver’s license (CDL), there are certain standards you are held to that are different than being a regular driver. For instance, when you have a Virginia commercial driver’s license and get caught drunk driving, your blood’s alcohol level does not need to be at 0.08%. Like all other states, Virginia normally considers a driver to be under the influence if you have blood alcohol content (BAC) of 0.08, but commercial drivers are considered drunk drivers at 0.04%. As a commercial driver, you are responsible for getting lots of property or lots of people to their destination safely. Driving a big rig requires more ability and awareness than driving a hatchback. The more alcohol you’ve been drinking, the less control you will have over a vehicle that could do more damage than a typical car if an accident takes place.

If you either refuse the blood test or test positive for using drugs, you could also face penalties as a holder of a Virginia CDL. Since Virginia is an implied consent state, simply having a driver’s license means that you agree to take a test if you’re pulled over for drunk driving. Refusal, as a holder of a commercial driver’s license, could land you in jail for a year and cost you $2500. Since commercial driving regulations and penalties are managed at the federal level, you may have more to deal with than someone convicted of a regular DUI. Drinking and driving is a bad enough decision without having federal charges on top of it all.

In addition, Virginia requires ignition interlock devices for any drunk driving conviction, and that could include while you’re driving a commercial vehicle. The best way to avoid these penalties is to simply refuse to drink and drive, no matter what kind of license you hold.