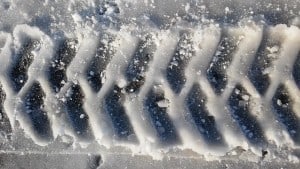 Some drivers make it look easy as they thrash about in the snow, spinning tires and showing off their amazing four-wheel drive mastery. Then, there are drivers who are being coaxed into that same driving style, through a set of beer goggles. The snow that recently hit the east coast was pretty, and most of us stayed inside where it was safe. But, there is always that person who thinks they’re “okay to drive,” under ideal weather conditions. Then, there’s the guy who drove recklessly through the blizzard in New York City, and is now facing DWI charges.

We’re not going to say the man was drunk, or even reckless. The report says all that can be said until he gets his day in court. We can, however, mention that snow makes driving a little difficult. Over two feet of snow is really hard to drive in… and when we’ve had a few drinks, we are certainly in no condition to be driving at all.

Aside from common sense, here’s why blizzards and booze don’t mix in New York (or anywhere, really):

Considering that you are keeping first-responders from doing their jobs in emergency events like a blizzard, the time to reconsider a “need” to drive in a blizzard happens way before you get into your vehicle.  Snow is beautiful to look at, and you can safely watch it pile up from your own house while enjoying a few beers. Just be sure that when the blizzard hits, you have everything you need to keep yourself from driving straight into a DWI.