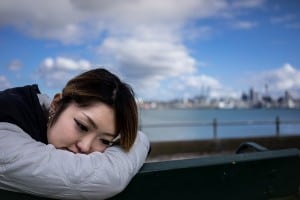 Both Delaware and Virginia have all-offender ignition interlock requirements for drunk drivers, but Maryland does not require the device unless the conviction was the result of a high blood alcohol concentration (BAC) or other aggravating circumstances. That means:

Even Delaware and Virginia have a different take on the ignition interlock requirement. All DUI offenders in both states must install and maintain the device, but Virginia has a six-month requirement, while Delaware mandates the device for 12 months, after completing a two-month suspension.

Now, when you squish all of that into a little peninsula that also invites plenty of tourists to enjoy the beach and bar life… the problems just get worse.

DelMarVa’s DUI kerfuffle is fixable, especially if Maryland gets on board with an all-offender ignition interlock requirement for the state’s DUI offenders. At least with similar ignition interlock policies, that region will have a strong, united front against all drunk drivers, an important stance to take that saves lives.

Previous Post: ← Is MASEP and Your Mississippi DUI on Your Mind?
Next Post: NYC DWI Files: Blizzards and Booze Don’t Mix →