Is MASEP and Your Mississippi DUI on Your Mind?

You are here: Home / General Information / Is MASEP and Your Mississippi DUI on Your Mind?
February 8, 2016 by Editorial Staff 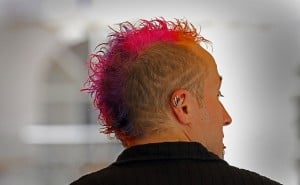 In 2014, Mississippi made big changes to its DUI laws and the consequences for drunk driving. The biggest change was, of course, the statewide ignition interlock requirement for all DUI offenders. But, you can’t have such a requirement without also having to report your progress to a probation officer, program supervisor or agency. Plus, you may need to learn why you got a DUI, and how to avoid it in the future. That’s where the Mississippi Alcohol Safety Education Program (MASEP) program comes in handy for a DUI offender, giving them the best chance to rebuild their life after a DUI, while still limited to driving sober with an ignition interlock device.

MASEP is the Mississippi DUI intervention program for first-time offenders. It gives you the best outcome after your first DUI by offering classes and educational programs. This, plus the person or agency monitoring your ignition interlock data work together to give you a second chance after your DUI – a second chance at driving responsibly.

After you complete MASEP, you then able to apply to have your restricted driving privileges restored, as long as you have an ignition interlock device installed on your vehicle. The educational program gives you a springboard into understanding your interlock requirement, and without completing MASEP, you will not see those privileges restored.

Additionally, if you don’t have a driver’s license and find yourself in MASEP, you will be required to complete the program before applying for the license. Not attending MASEP could cause you to be held in contempt of court, so your participation is highly suggested.

A strict stance against DUIs and harsh consequences for driving under the influence are common across the U.S. Mississippi is no different, and has a two-punch solution to get first-time DUI offenders from endangering lives a second time, while giving them a helping hand back on their feet after a DUI. If MASEP is on your mind, remember that the program is one of the best ways to move beyond your conviction and into a better relationship with responsible driving.