Know Your IID: That Alcohol Device For Cars

You are here: Home / General Information / Know Your IID: That Alcohol Device For Cars
February 5, 2016 by Editorial Staff

An ignition interlock by any other name works just as sweetly… 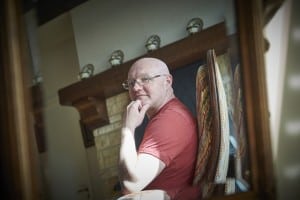 You can order a soda, or ask for a can of pop. In some places, you can even specify the type of “Coke” you want to drink, including the lemon-lime flavor. We have regional names for all sorts of things, like Wisconsin’s “bubbler” versus the “water fountains” of Virginia. So, it isn’t a big surprise that an alcohol device for cars goes by a smattering of different names, too.   Around these parts, we call that alcohol device for cars an “ignition interlock device,” or an IID.

Other names for your IID include:

BAIID: Illinois and Michigan may have the legal definition of an ignition interlock device and program under the BAIID acronym. Spelling it out, BAIID is “Breath Alcohol Ignition Interlock Device.”

Car Interlock: There isn’t really a regional flavor to this one, especially since it seems like a combination of “car breathalyzer” and “ignition interlock.” But, we’ll take it, because that means people understand the IID and what it does.

It doesn’t really matter what you call an IID, they still work the same to keep drunk drivers from repeating past mistakes. Each state in the U.S. has some type of IID requirement for a DUI, DWI or OWI (another set of regional synonyms), and with good reason! An IID reduces repeat drunk driving offenses by 67%, while keeping an offender on a responsible road to recovery.  We may prefer IID or ignition interlock as the winner of the word contest, but we really think the real winners are those who install and use the device as a proactive tool for their recovery after a DUI.

Call that IID what you want… you be you. Just be you, driving responsibly, with that alcohol device for your car.

Previous Post: ← Keep Your Head in the Game this Super Bowl Sunday
Next Post: Is MASEP and Your Mississippi DUI on Your Mind? →