You are here: Home / Opinion / Should Parents Let Kids Drink at Home?
October 18, 2013 by Editorial Staff 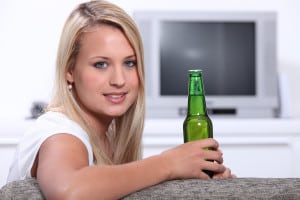 Parents are faced with many choices each day when it comes to raising children to be responsible adults. The teenage years may be some of the toughest years, as children assert their independence and begin making choices that can be beyond the control of a mother, father or other caregiver. Allowing a teenager to make those choices is not only a rite of passage, but, it encourages self-confidence in the face of friends, school and other pressures. One such decision teenagers must make is the choice to drink alcohol, but, if a parent allows drinking in the home, is that child truly being given the chance to make such a life-changing decision?

Many parents, however, feel it is their right to allow a teenager to drink alcohol in the home, and may even extend that permission to their child’s friends. The rationale for this is that the parents may believe that by being around the teenager while he or she is drinking; there is less of a chance that something bad can happen. That they would rather a child be drinking at home, than drinking at a party, for example, where the amount of alcohol consumed and behaviors can be monitored. Unfortunately, this belief does not change a few facts about minors drinking alcohol.

The U.S. Department of Health and Human Services released data from a survey in 2010 that included information on where underage drinkers are drinking, and how they are getting alcohol when it is illegal to purchase before the age of 21. Almost 30% of those surveyed said they were drinking alcohol in their own homes, while around 56% said it was in someone else’s home.  In addition, around 21% of those said they had gotten the alcohol from a parent or caregiver.

Since underage drinking is illegal, a parent who allows a minor to drink in the home is demonstrating that some laws are more important than others, and bending the rules can apply to more than just drinking alcohol. Moreover, if a parent allows drinking in the home, then a teenager can think that it is okay to drive after drinking. Additionally, the brain of a teenager is not fully developed, and consuming alcohol can restrict the growth process, leading to further bad decisions with alcohol, addiction and throughout life in general.

Because of the responsibility that comes with drinking alcohol, parents are encouraged to discuss the consequences of drinking with their teenagers. From a hangover to the possibility of a drunk driving incident, a teenager may need to understand the consequences of drinking, but, not necessarily experience them first hand. Being a parent is never easy, so why make it more difficult by adding in the risks involved with underage drinking?