You are here: Home / News / Pennsylvania’s Path to Increasing Ignition Interlock Devices
May 20, 2016 by Editorial Staff 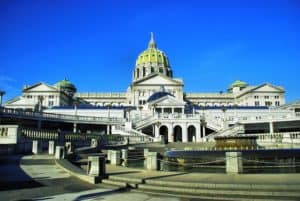 Just when you thought the season for ignition interlock expansion was in recess, along comes Pennsylvania to wrap up 2016 with new momentum for safer streets. Both the Pennsylvania House and Senate just passed a new bill to get ignition interlock devices on the vehicles of most drunk drivers in the state, including many first-offense DUI offenders. Once Governor Wolf signs the bill, the new law will be in effect in 15 months and we can all breathe a huge sigh of relief.

Making a commitment to sober driving usually starts with the person behind the wheel. When that commitment is missing, changes need to be made in order to keep the streets safe. Pennsylvania may be headed directly down the road to much safer streets, showing that a commitment to sober roads can be put in the hands of legislators, with a happy ending to another season of safety on the streets.