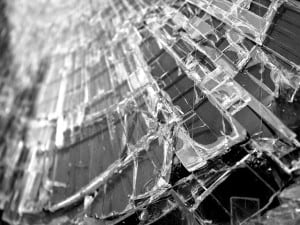 If there was a warning label for alcohol and the damage it causes, a wine bottle would have to stretch above our heads just to include all that information. Most alcohol warnings are for more extreme drinkers, or women who may be pregnant, but alcohol use is a factor in plenty of criminal acts as well as many health issues. That said, there are a few tips for preventing DUI incidents and other damage caused by alcohol.

Coffee. This isn’t a way to sober up after a night of drinking – you’ll still end up with a DUI and an ignition interlock requirement. Howeer, Coffee is reportedly a tonic for a beleaguered liver, preventing cirrhosis and enabling a fresh start to each day, beyond a caffeinated  morning pick-me-up.

Exercise. Some people drink for a happier, buzzed outlook on life – exactly the reasons people love to exercise. Fortunately, after a night of heavy drinking, exercise can at least help you cope with a fuzzy head and process the excess toxins from your system.

That seems pretty simple, right? Things get a little trickier when we start looking at preventing DUI damage. For instance, a first-time DUI offender will only face an ignition interlock requirement after an arrest or conviction. Before then, preventing DUI damage is all on the driver, their friends and in some cases, the people who are serving alcohol. If the risk of harm to the driver and others on the road isn’t enough to keep us responsibly sober when driving, then we are heading straight toward a DUI, and possibly an even worse outcome for everyone.

Before we try to assess the damage done to our bodies and lives from drinking alcohol, remember that moderation saves lives and livers. The information on the effects of alcohol on our bodies is out there. What it tells us is that the repercussions of ignoring those warning labels about drinking and driving are far worse than the little time and trouble taken to find a safe way home.