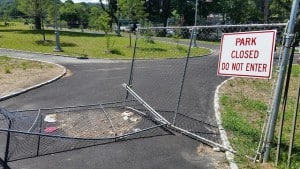 These days, if you’re not multitasking, then you’re already behind the curve. Efficiency is one of the reasons we love our technology so much, leading into even more gadget-driven productivity. As such, it should come as no surprise that an ignition interlock device does a lot more than prevent drunk driving: it can keep you from going to prison, too.

Prison is still a consequence when you are convicted of a DUI or other drunk driving charge. For instance, a Florida man is currently serving 33 years in prison for a wrong way DUI that killed three people. Because of the aggravating circumstances surrounding his case, he was sentenced to the minimum prison term, but he could have actually been sent to prison for life. Obviously, at more than twice the legal blood alcohol concentration (BAC) limit, his ability to think clearly was sufficiently impaired. With an ignition interlock device, the entire tragedy could have been prevented and prison would not even be a factor.

The primary job of an ignition interlock device is to prevent drunk driving. When a person cannot drive under the influence of alcohol, they also don’t have to worry about a DUI, which means the chances of a long-term prison sentence are zero. There are no victims when ignition interlock devices are used, no tragic stories of a night gone wrong. Just the assurance that the driver is sober behind the wheel.

In a perfect world, safety on the roads isn’t controlled by technology, but by the people in the driver’s seat. However, when alcohol is part of the plan, relying on a trusted gadget may not be the worst idea, especially when you consider the damage that can occur without it. The ability of an ignition interlock device to stop drunk drivers and the possibility of a prison sentence is a remarkable example of multitasking at its finest.