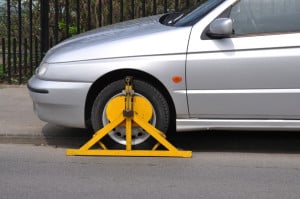 All things come in threes.  The third time’s the charm. Three strikes and you’re out. There is something about the number three, especially in a legal situation that really strikes a chord (no pun intended) with the consequences for a criminal act… like drinking and driving. Mississippi DUI laws are a perfect example of a “three strike” policy, and when you violate the law and endanger a child, you’re looking at a long wait to restore your former, much freer life.

After a third DUI conviction, a woman was recently sentenced to four years in prison. Mississippi law states that three or more DUIs will result in a minimum of one year in prison, with five years as the maximum time for incarceration. With aggravating circumstances like DUI child endangerment, it is likely that a person will face the higher end of prison time. Once they are released from prison, they face five years of suspended driving privileges that can be reduced if they qualify for an ignition interlock. When you see the consequences for a DUI, it is clear that no amount of drinking and driving is worth risking your personal freedom, much less your life or the lives of others.

Habitual offenders are often ordered into substance abuse treatment programs and may even have monitoring programs that go beyond an ignition interlock. Depending on the circumstances surrounding a third or subsequent DUI in Mississippi, an offender could even have their vehicle impounded or disabled. Fines for subsequent DUI convictions also increase dramatically, and without a car or restricted license, it all adds up to a much bigger problem than most people realize.  Instead of taking a risk, remember that with three strikes, you’re out… and that it all starts with that first choice to drive under the influence.

Celebrating Cinco de Mayo
Next Post: What Happened to the Interlock Removal Bill in New Mexico?