Is There a Problem with Florida’s BUI Laws?

You are here: Home / Law / Is There a Problem with Florida’s BUI Laws?
November 25, 2014 by Editorial Staff 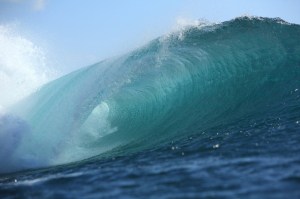 Thousands of people are killed and injured in drunk driving accidents every day. Different counties in Florida have been making changes to confront this statistic and make Florida roads safer for travelers and pedestrians alike. Enacting programs that use ignition interlock devices has been one successful attempt at reducing the numbers of fatalities from driving under the influence (DUI) within the Sunshine State. Unfortunately, this doesn’t do much to address the concerns over boating under the influence (BUI).

Florida doesn’t require a license to drive a boat and that makes dealing with boating under the influence a little challenging. Compared to land-based drunk driving accidents, BUIs are few. However, almost half of the boating fatalities in one year involved people who had been convicted of DUIs. Two of those boaters had had their driver’s licenses revoked due to DUIs, but they were still allowed to drive a boat.

The issue isn’t one that’s easy to get agreement on. Some officials caution against linking drunk driving on the road and drunk driving on water. Because recreational boating is such an important part of Florida’s landscape and economy, putting restrictions upon it similar to those used for car drivers is something many hesitate to do. Currently, boaters born in 1988 or later are required to take a boating education course before they can operate certain types of boats. Some suggest it might be helpful to require boaters who have a DUI conviction to use ignition interlock devices on their boats; an interesting concept that requires much more research and consideration.

Others suggest that BUIs and DUIs need to be tied together. If you get a BUI, that information is not recorded on your motor vehicle driving record. Some think it should be; forcing boaters to take more responsibility and suffer greater penalties for boating while intoxicated. Since boating is so important in Florida, perhaps the connection between land- and water-based “driving” should be explored for everyone’s safety. After all, the most tragic result of both “under the influence” charges is the same, and the potential loss of life surely demands another look into ways to keep drivers and boater safe from drunk drivers.

Previous Post: ← Giving Thanks for Sober Driving this Thanksgiving
Next Post: 12 Drunk Driving Convictions: Not a Crime? →