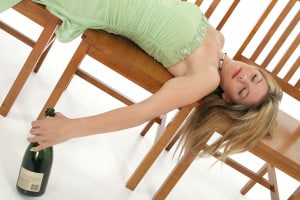 Although it is illegal in all fifty states and the District of Columbia, it is no secret that teenagers drink alcohol in our country. Over 25% of minors ages 12 to 20 drink alcohol, with almost 9% of those underage drinkers buying the alcohol for themselves. With prom season upon us, these are troubling numbers.

We have created a society that tells young people to grow up fast so that they can do what adults do and a society where adults consider drinking alcohol a way of having fun. Prom season and teen drinking seem like an inevitable combination when we view the messages we are sending our youth. However, there are plenty of ways to help our teenagers understand that drinking is not a necessary way to spend a night of celebration.

Young people need good role models to fight against the ever-present problems that peer pressure can create. Without this role modeling, teens can turn to other teens for direction in life, resulting in the possibility of unhealthy choices and behaviors. What has been shown to make a difference, though, is having adults and mentors in the lives of young people with whom they feel safe. Even older adults know how gratifying it is to have people they can rely upon to give them good advice and share their troubles without risking condemnation. Teens who feel like they have positive support are less likely to engage in risky behaviors like drinking alcohol.

Keep in mind that another reason prom season and teen drinking often go hand-in-hand is the lack of adult supervision. Since many adults feel like prom is a time for the young people to have fun, youth are often left to their own devices. It would be a healthier decision for all involved if adults supervised not only the actual prom dance, but the after-dance activities, as well. Teens rarely drink at the dance, but the after parties can be full of alcoholic temptation.