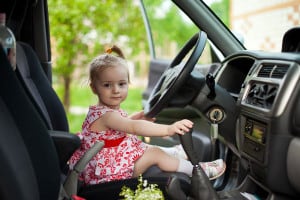 There is never a good reason to drive while under the influence of alcohol, and that’s even truer if there is a child passenger. Children aren’t given a choice about whether they want to ride with a person who has been drinking, and the result of that is often a tragic ending that could have been prevented. According to M.A.D.D., 46 states currently have “child endangerment” provisions for drunk driving convictions that increase penalties when a child is present during the incident.

New York’s DUI child endangerment laws are considered the model for the nation, as they require a felony conviction and an ignition interlock requirement for any violation. Not only that, but, any DUI child endangerment charge in New York could also result in a prison sentence, and if the adult driving is legally responsible for the child passenger, they will be reported to the Statewide Central Register of Child Abuse and Maltreatment.

Around one-fifth of fatal vehicle accidents involving children in 2012 were caused by a drunk driver. Drunk drivers are not only dangerous drivers, but they often neglect other safety issues like fastening seat belts for children, texting while driving or falling asleep behind the wheel. In New York, “Leandra’s Law” became the standard for DUI child endangerment in response to these crimes, and has since inspired other states to implement similar laws that protect children from drunk drivers.

It is important to have a plan in place when you know you will be drinking, so that you can arrive home safely. When children are present, however, that importance grows and you’re not only risking your own life, but the life of those you may love the most. Set the example for those kids and drink responsibly, even when they aren’t around, and know that you’re making the right choices for everyone, every time.

Fixing Your “Refusal” in New Mexico with an Ignition Interlock
Next Post: What is “Administrative License Revocation” ALR in Missouri?