A Salute to Maryland’s DUI King 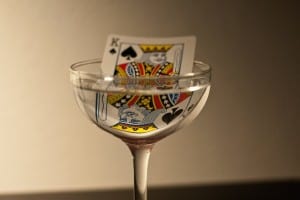 There is only on reason to celebrate a “DUI King” in our opinion – for keeping the streets safe from drunk drivers, of course. Maryland’s DUI King, John Romack, is an officer who continues to provide a high level of safety for those who live in, or drive through, Montgomery County, Maryland. With an estimated 5,000 DUI arrests, Officer Romack has not only earned his crown, but continues to maintain his presence in the fight against drunk driving. He is true hero in Maryland, and an example for the entire country.

Maryland is currently looking into strengthening its DUI laws, including the possibility of an all-offender ignition interlock requirement. That debate hits home, especially as Officer Romack is credited for plenty of repeat DUI offender arrests. One thing that would definitely make his job (and the job of all other police officers in the state) is an ignition interlock requirement after any DUI conviction. Not only would a drunk driver be stopped from driving, but then officers like Romack can focus on other crimes that are occurring – crimes that cannot be stopped with a small piece of technology.

In a recent WUSA article, Romack says, “You gotta remember, the key starts the car. Not a driver’s license.” With an ignition interlock device, that situation can turn around.

Until Maryland decides its path in strengthening DUI laws, it is a relief to see the dedication of the state’s “DUI King” in removing drunk drivers from the roads. More states like Maryland are considering implementing all-offender ignition interlock laws, and with the recent report from M.A.D.D. that shows 1.77 million drunk drivers were stopped by their ignition interlock devices, there is hope on the horizon for ending drunk driving across the country.

The “DUI King” that we celebrate is the one who continues to remove danger from our roads. In Maryland, John Romack has earned that title, and continues to do so. Proving how one person can change lives… one traffic stop at a time.

Previous Post: ← Safety Tips at Sobriety Checkpoints
Next Post: Hey, New York, Have Your Drinks Delivered and Skip the DWI →