What Are Saturation Patrols?

You are here: Home / General Information / What Are Saturation Patrols?
October 17, 2012 by Editorial Staff 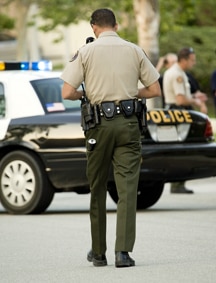 According to a study published in the FBI Law Enforcement Bulletin, when measuring DUI arrests per hour, saturation patrols are seen as some of the most effective methods for apprehending drivers. They can be more effective than sobriety checkpoints since intoxicated drivers will often avoid the preannounced location of a sobriety checkpoint.

If an officer stops you during a saturation patrol, you should expect the same process if you were stopped by an officer at any time. If the officer suspects you are impaired, you will be asked to perform a standard field sobriety test and/or breathalyzer test.

There are not different penalties for being arrested and/or convicted of a DUI / DWI during the course of a saturation patrol. You can face fines, jail time, community service, loss of driving privileges and the installation of an ignition interlock, which has some similarities to a breathalyzer for your car.

For more information on saturation patrols in your area, contact your local police department.