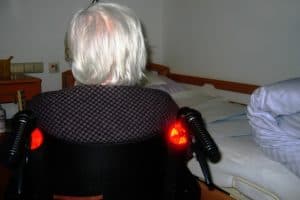 We don’t often think of our parents and grandparents as drunk drivers. We’re the kids who heard the lectures about those dangers, from the generations where drinking while driving was common and seat belts were a novelty. Times have changed, however, and there has been an increase in the number of senior citizen drunk drivers on the roads. That also means an increase in ignition interlock devices for more seasoned drivers.

As we age, our bodies change and things work differently. That means that we don’t metabolize alcohol at the same rate, so a few beers can quickly add up to a risk factor. Normally, the rate of absorption is one standard drink per hour. Once age becomes part of the math, its best to slow that down a bit and remember responsible drinking the most important part of any party plans.

Senior citizens may also have to consider the medications they’re taking before they get out on the road. Some medications, on their own, can be enough to impair driving. Mixed with any amount of alcohol on top of any age considerations and the possibility of a senior citizen DUI is even more likely.

MADD is a strong supporter of ignition interlocks for drunk driving offenders, including those who may have trouble blowing into the device. They affirm that if a person has problems using an interlock due to lung capacity (age, asthma, etc.) then the device can be adjusted or other steps taken.

As the baby boomer population ages, we will obviously see an increase in drunk driving incidents attributed to that age group. The solution is for everyone, regardless of age, to remain sober when driving and avoid the problems of a DUI or drunk driving incident. Times may have changed, but the reflect an urgency for safety we can all appreciate.

Previous Post: ← Can I Install an Ignition Interlock in My Financed or Leased Car?
Next Post: Refusing a BAC Test in New Mexico Means an Aggravated DWI. →