Is Your Smartphone Breathalyzer App Accurate?

You are here: Home / General Information / Is Your Smartphone Breathalyzer App Accurate?
August 22, 2014 by Editorial Staff 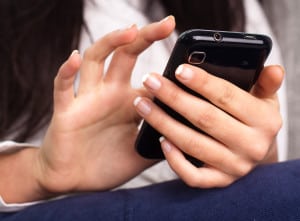 With the touch of a screen, a smartphone can easily be transformed into a device to calculate distance between locations, the pulse of a person exercising, and possibly, even whether a person is legally drunk. Smartphone breathalyzers are fairly new, add-on devices that are built to test the breath of a person who has been drinking in order to determine his or her ability to safely operate a vehicle. However, many question whether these apps are accurate enough to be safe, or, will they just become new games that encourage poor drinking habits?

In many bars, a breathalyzer may sit in the corner that helps patrons measure the amount of alcohol in their blood. Much like the smartphone breathalyzer, these rely on technology that measures the blood alcohol concentration (BAC) through a breath test. While initially used as a means of encouraging safe drinking habits, more often than not, the standalone breathalyzer has become a novelty, and a means of competition, at times, to see who can score the highest BAC at a bar. These “bar breathalyzers” use older technology, as well, creating an environment for misuse and a false sense of security for anyone who may consider driving after a night of drinking.

When out drinking, a smartphone breathalyzer app can help a person determine his or her own BAC, but, it should never be relied upon to make the choice to drive drunk. If a person suspects he or she could be too drunk to drive, the only reason to grab a smartphone is to call a taxi and ensure a sober ride home.

Previous Post: ← A First-Time Florida DUI is No Vacation
Next Post: Ten-Time OWI Offenders in Wisconsin Face Jail and More, But, Is It Enough? →