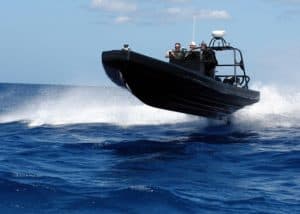 Summer is in full swing, which means plenty of time to relax, rejuvenate and ride the waters on the Misssippi coastline and on waterways across the state. Summer fun always comes with a few cautionary tales, from being safe with the animal populations that rely on cautious boating to refraining from alcohol if you are the captain of your ship. Mississippi doesn’t take too kindly to drunk boaters, and when you’re over the blood alcohol concentration (BAC) limit for BUI, you’re heading directly into choppy waters.

BUI (boating under the influence) in Mississippi is a lot like DUI (driving under the influence). The BAC limit is the same for both crimes – .08 percent. The penalties for each are different, and they are not counted together in the sum total of DUI/BUI convictions. That means your first-offense BUI will not bump up a first-offense DUI to a second drunk driving offense. However, any prior DUI/BUI convictions may be used to establish a pattern of behavior in court with drinking and operating a vehicle.

Much like a DUI, a first-offense Mississippi BUI can be easily avoided by planning ahead.

In Mississippi, you are allowed to install an ignition interlock device once convicted of a first-offense DUI. The device is mandated for all high BAC (.15 percent) or subsequent DUI offenses. In all cases, you get to keep your car and freedom to drive. As of now, there are no ignition interlock devices available for your boat, and while a first-offense BUI has fairly minimal consequences, a second boating under the influence conviction will require some jail time, community service, and you’ll lose your ability to operate your boat or other watercraft for a year.

We usually point out with a DUI that the responsible drinker plans for a safe ride home if they know they’ll be drinking. With a BUI, there are premeditated drinking intentions (you’re dragging a cooler of beer onto your boat), and you really can’t call a cab for a safe ride home. That means before you even hop on your boat, think about how your summer fun is going to end. You have a lot to lose when you boat under the influence, and much to gain with a sober summer plan.