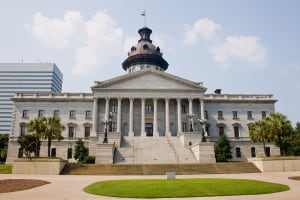 South Carolina has taken a big step towards standing up to DUIs by passing “Emma’s Law” recently. “Emma’s Law” was named for six year old Emma Longstreet who was killed by a drunk driver in 2012. Emma’s family has lobbied for a law that might have saved Emma’s life by keeping repeat DUI offenders from getting behind the wheel of a car. Every year in South Carolina around 30,000 people are charged with DUIs. After Emma’s death another 500 people died without lawmakers taking action. The previous laws allowed for loopholes and led to offenders quickly returning to the roads.

The law originally called for installation of ignition interlock devices for a BAC of 0.12, but was later changed to 0.15. The current legal limit in the country is 0.08. While any intoxication impairs judgement and the ability to operate a vehicle, there is a big difference between these numbers.

This bill is one of the first steps in lowering South Carolina’s high rate of fatal DUIs. Perhaps as South Carolina sees the benefits of this law stricter laws will follow and more states will follow in their footsteps. Ignition interlock devices are an important step forward in taking a stand against DUIs and DUI related fatalities. “Emma’s Law” shows what a family can accomplish when they take a stand against drunk driving. Hopefully in the future there will be less senseless victims, like Emma, due to drunk driving.