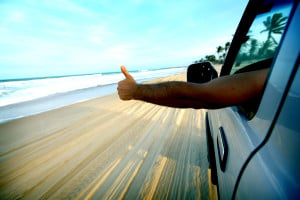 Virginia’s coastline attracts thousands of people each year for beach vacations, family reunions and fun in the sun. Virginia Beach may be the top destination in the state for vacationers and for those who enjoy a few cocktails after a hard day at work (or on the beach), but, a new policy regarding DUIs at Virginia Beach may leave many tourists and locals with a first-time DUI conviction.

Colin D. Stolle, Commonwealth’s Attorney for the city of Virginia Beach, is leading the effort in reducing DUIs at Virginia Beach, and has explained that while it was the arresting officer who previously went to court in the DUI cases, this new policy will put a prosecuting attorney in the courtroom in order for a DUI conviction to stick. With more DUIs at Virginia Beach being prosecuted, the message to residents and tourists is clear: do not drink and drive.

Additionally, as of July 1, 2014, the Virginia Department of Motor Vehicles (DMV) will require any person convicted of DUI in Virginia to install an ignition interlock device (IID) on any vehicles driven. Between both of these strict stances on drunk driving, the number of DUIs at Virginia Beach and throughout Virginia are predicted to fall dramatically, allowing everyone the opportunity to enjoy the sun and fun throughout the Commonwealth.

Previous Post: ← Understanding The Cost of an IID
Next Post: A Sober 4th of July: Red, White and Blue-Themed Mocktails →