The Cost of Not Strengthening Wisconsin OWI Law

You are here: Home / General Information / The Cost of Not Strengthening Wisconsin OWI Law
August 11, 2017 by Editorial Staff 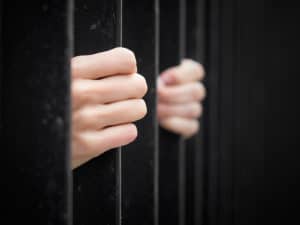 Right now, many first offense Wisconsin OWI convictions result in a mere slap on the wrist: a low-penalty misdemeanor charge that is little more than a traffic citation. The state legislature wants to change that, or most do… but the cost seems to be a driving factor in how to increase penalties for drunk driving in Wisconsin while not forcing additional burdens on the taxpayers of the state.

In 2015, the Wisconsin Department of Transportation (DOT) estimated that alcohol-related crashes cost the state over $400 million. Increasing penalties for a first-offense Wisconsin OWI will cost the state money, but what will the value of preventing many first-time drunk driving offenses? Priceless.

As the Wisconsin OWI penalties stand today, a first-offense incident without any bodily harm, property damage or fatality will incur the following:

However, the real cost of any Wisconsin OWI is the risk to lives on the roads. Over 5,000 alcohol-related crashes occurred in 2015, causing almost one death or injury every three hours in Wisconsin. When you consider the devastation from any type of drunk driving incident, there is not really a cost that is too high. When you see the number of people killed each year by drunk drivers, any argument against increasing penalties and expanding ignition interlock access is invalid. Just ask a victim or the surviving family members who have lived through the experience.

By not increasing penalties, we are allowing the problems to continue and grow. Wisconsin lawmakers continue to fight for stricter OWI laws and more access to ignition interlock devices, despite the resistance. As such, we can all step in and lend a hand, and a voice, by encouraging those opposed to stricter laws to reconsider their choice, and supporting those who have already made a stand for safer streets.