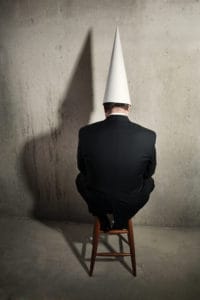 Florida is busy trying to expand ignition interlock access across the state, even for first-time offenders. This year, legislation has been introduced to allow all DUI offenders the chance to keep driving, as long as they have an ignition interlock device installed. Why is this a priority? To keep this Florida DUI genius (and others) from repeating their intoxicated mistakes.

It doesn’t take much effort to be a Florida DUI genius, or that much alcohol, either. In some cases, just four drinks can be enough to reach the legal DUI blood alcohol concentration (BAC) limit. In this guy’s case, he was well above the legal limit, perhaps exponentially, some would say.

While it is amusing that the Florida DUI genius chose a forklift for his drunken joyride, it reminds us that a car or SUV isn’t the only vehicle that is dangerous (and illegal) to operate when drinking. Florida law states that any type of vehicle used to transport people or property falls under its DUI laws.

“Vehicle” is every device, in, upon or by which any person or property is, or may be, transported or drawn upon a highway, except devices used exclusively upon stationary rails or tracks.

That definition would also include bicycles, roller skates, scooters, lawnmowers… and forklifts.

Some of us can admit that we’ve had the wild idea of driving a forklift or other unfamiliar vehicle as a fun way to spend a few hours, until the police show up. But imagine how much worse that scenario is because you’ve been drinking. These stories remind us of how important ignition interlock expansion is and that we all have choices we can make before that first sip of beer. Our best advice is to stay away from vehicles you’re not legally allowed to operate, and stay even further away from all vehicles if you’ve been drinking.