The High Cost of Multiple California DUI and Traffic Offenses

You are here: Home / Law / The High Cost of Multiple California DUI and Traffic Offenses
September 5, 2017 by Editorial Staff 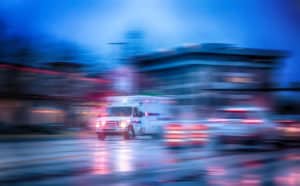 We talk about the $10k ride for a drunk driving conviction, a cost that has continued to rise for California DUI offenders over the years. So maybe it isn’t so shocking that a woman with multiple drunk driving offenses had a $185,000 bail; maybe there were just too many warnings by the court and DMV, and it was time to get a serious message across before her habits became a much bigger problem. Or, maybe the high bail was simply because she was breaking California’s habitual traffic offender laws on top of her multiple drunk driving offenses.

California habitual traffic offenders are designated by the court when they have a suspended license and any of the following occurs in a 12-month span:

Implied consent violations count against a driver’s record, just like speeding, reckless driving, DUI, and any other type of driving problem. The penalties for habitual traffic offenders increase the full impact of a California DUI, including increased jail time, fines and probation requirements. Because any California DUI carries at least a one-year driver’s license suspension, those violations that fall under the habitual traffic offender law are direct violations of the DUI penalties that are faced.

With a third California DUI within 10 years, an offender will be labeled a habitual traffic offender, also.

Rather than facing additional consequences for more traffic violations, there are options for anyone with a suspended license, especially California DUI offenders. In many cases, an offender may be eligible for a restricted license and ignition interlock device, rather than waiting an entire year to be able to legally drive. An interlock can keep an offender from making any further drunk driving mistakes, like the woman with the high bail did, as well as any further problems in court.