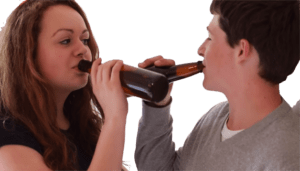 College is one of those milestones in life that everyone seems to look forward to. It’s a good time in life, especially for those excited first timers. There’s a reason they’re called freshmen, but no matter what year of college we discuss,  it’s typically those first six weeks of college that can really get crazy. Mississippi, even with tough DUI laws, is no exception to that underage drinking rule.

Underage drinking in college seems more normal than ever, despite zero tolerance laws across the U.S.

Why is this first long stretch of the semester such a challenge? There are quite a few reasons so many students in Mississippi have issues related to drinking so early on, including:

Mississippi, like the rest of the United States, has a zero tolerance policy for underage drinking. This means if you’re under 21 years old, your blood alcohol concentration (BAC) needs to measure 0.02 percent (your blood might naturally have a certain amount of alcohol on it, especially when you eat certain foods, like yeasty bread).

Each state has its own consequences for underage drinking. In Mississippi, an 18-year-old, while still underage for the federal drinking limit, may drink light amounts of beer or wine when in the presence of a parent, guardian, and/or spouse. However, spirits (hard alcohol) are strictly prohibited until you are 21-years-old. If caught drinking underage and driving in Mississippi, you could face:

While it is not uncommon for college-aged students to experiment, it is important they do so safely and legally. Parents or any older mentor in these students’ lives can have certainly an influence. Plus, it is especially important for experienced drivers to talk to younger drivers about the importance of safety and staying away from the road when drinking.

Previous Post: ← Arresting Implication: Iowa No Refusal OWI Laws
Next Post: Will I Be Notified Of A Failed Ignition Interlock Test? →