Three DUI Strikes and You’re Out in Mississippi

You are here: Home / Law / Three DUI Strikes and You’re Out in Mississippi
November 16, 2015 by Editorial Staff 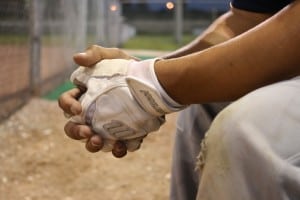 For many people, one DUI conviction is a turning point in their lives; a signal to make better decisions when there will be alcohol present. For others, there is a struggle knowing when to call a taxi or bring a designated driver to the bar, leading to a second or third DUI conviction, fast enough to make heads spin. In Mississippi, a third DUI conviction means more than a dizzy head… it means plenty of time to reconsider any drinking and driving, including a lengthy jail sentence, high court fines and an ignition interlock requirement once an offender serves their time.

With a third DUI in Mississippi, an offender is looking at at least one year in jail (but, could face a five year incarceration), plus at least $2,000 in fines for the crime. Upon release from jail, a three-time DUI offender will have a five-year driver’s license suspension, as well. In addition, that same offender will be required to install and maintain an ignition interlock device for three years after their release from jail, in order to legally drive with a restricted driver’s license.  That’s a huge commitment to very serious, and avoidable, consequences.

There is never a good reason to drive under the influence of alcohol, but, those decisions are made each day in Mississippi and across the country. Since you have a chance to stop yourself from making those choices, you may as well go with your gut, avoid the dizzy feelings and have a plan for a safe ride home. Any DUI can be a turning point, but, before you hit that point, There’s no striking out in Mississippi when you drink responsibly, and you get to keep a clear head and out of jail for many years to come.