The Truth About Implied Consent Laws

You are here: Home / Law / The Truth About Implied Consent Laws
April 11, 2014 by Editorial Staff 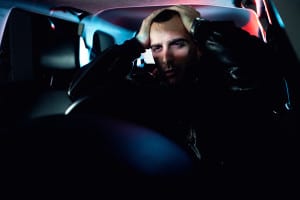 “Implied consent” is consent that you do not need to explicitly or verbally grant. It is instead, inferred by a person’s situation and behavior. For example, in the United States, if a person is in a life threatening situation, but is passed out and cannot consent to medical treatment, paramedics may provide treatment based upon the idea of “implied consent.”

In most states in the U.S., if you are a licensed driver and you are operating a vehicle, by law you give implied consent for sobriety testing during a traffic stop or at a DUI checkpoint to see if you are driving under the influence of alcohol or other illegal substances. These sobriety tests often include both field sobriety tests and a Breathalyzer test to measure blood alcohol concentration (BAC).

Many people claim that this implied consent violates the Fifth Amendment, the right against self-incrimination. However, implied consent laws hold up in court because driving is considered a privilege and not an inherent right. By applying for your driver’s license you are giving consent to comply with sobriety tests when an officer thinks there is just cause. While you do have the right to refuse taking the sobriety test, this is usually considered an admission of guilt. One of the consequences for refusing to take the sobriety test is that your license will be suspended for a predetermined number of months. The penalties for a DUI can include jail time, steep fines, suspension of your license, and the installation of ignition interlock devices. The degree of these penalties varies depending on the BAC of the drunk driver and the number of DUI convictions the driver already has. Many states have laws that are stricter on people who refuse to submit to the sobriety test than people convicted of DUIs.

How can a person be charged with a DUI with no evidence, since they refused to submit to a sobriety test? There are other factors that can lead to a DUI conviction. When pulling a person over for a suspected DUI, cops are trained to look for certain signs of intoxication. These signs include slurred speech, bloodshot eyes, a red face, the smell of alcohol, drunken behavior, and open containers of alcohol. Any of this, witnessed by an officer, can be used as admissible evidence in court along with the refusal to submit to the field sobriety test. A cop may also use the reason they pulled you over as evidence in court. These reasons can include difficulty maintaining lane position, driving without headlights, or making an illegal lane change, among other moving violations.

It is important to know the consequences of violating implied consent laws. Most people know that there are consequences to refusing to take the sobriety test, and will submit to these tests in the hopes that they will pass. When people do not submit to these tests, it is taken as a sign that they are so intoxicated they already know the outcome of their sobriety test. Implied consent laws are in place to keep drivers safe and make our roads a less dangerous place.