Is Your State Tough on Drunk Drivers?

You are here: Home / General Information / Is Your State Tough on Drunk Drivers?
April 14, 2014 by Editorial Staff 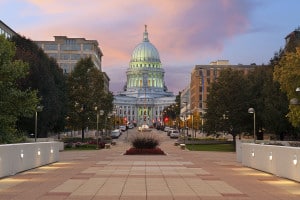 As of 2004, each state in the U.S. has adopted the national blood alcohol concentration (BAC) limit of .08 as the standard measure of a person’s level of intoxication and ability to operate a vehicle safely after consuming alcohol. Statistics from each state show that this policy has reduced the number of drunk drivers on the road, but, with an estimated 2 million drunk drivers still on our roads each year, the question remains: is your state tough on drunk drivers?

Annually, Mothers Against Drunk Driving (MADD) releases a report on each state’s rank when it comes to the effectiveness of its drunk driving laws. This report analyzes the laws of the states, including penalties and sentencing requirements for those convicted of a DUI/DWI, as well as how effective the laws are in comparison to statistics on convictions, accidents and injuries attributed to the crimes. This report continues to provide a thorough analysis of a state’s stance against drunk drivers, and the results may be surprising, considering the general support of strict laws against drunk driving across the country.

Many states have taken a harsh stance against drunk drivers, instituting penalties and consequences to deter a person from making the choice to drive drunk.  These penalties include:

Because of the annual report from MADD, as well as data from the National Highway Transportation Safety Administration (NHTSA) and other agencies and organizations, lawmakers in each state are revising and strengthening these laws each year. For instance, Alabama recently adopted a law that requires the mandatory installation of an ignition interlock device for all first-time offenders. These ignition interlock laws are becoming one of the best methods to prevent subsequent drunk driving offenses, with a reduction in the rate of repeat DUI/DWI incidents of 67 percent.

If your state is still falling behind in its rate of reducing the number of alcohol-related traffic accidents and fatalities, there are plenty of resources to encourage lawmakers to make a stand against drunk driving, including requiring ignition interlock devices for all offenders in your state. You can also “be the change” you want to see and volunteer with your local MADD chapter, be a designated driver, or organize your own drunk driving awareness campaign in your area. Keeping our roads safe is the job of everyone, and by becoming a strong voice against drunk driving, you are saving lives each day.