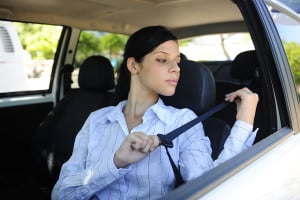 Everyone knows that drinking and driving is not a smart thing to do. Everyone also knows that people do it, anyway. Laws stating that drivers have to have a blood alcohol concentration (BAC) level below .08 in order to be considered sober enough to drive often send mixed messages about the safety of drinking and driving. However, when it comes to underage drinkers, the message is much clearer.

Underage drinking is illegal. Period. So, when it comes to drinking and driving, the BAC level of .08 has no bearing. Every state in the United States has set the legal drinking age to 21 years old, so anyone caught drinking while younger than 21 is automatically breaking the law. If that person is also caught driving after having a drink of alcohol, the penalties will be much stiffer than for someone of legal drinking age.

Every state in the United States also has a Zero Tolerance policy when it comes to underage drinking and driving. How this looks varies from state to state. In California, for example, anyone younger than 21 who is caught drinking and driving faces loss or suspension of driving privileges for one to three years and is eligible for prosecution at .05% BAC. In fact, if you are younger than 21 and convicted of an alcohol-related offense, your driver’s license is automatically suspended for one year, even if you weren’t driving at the time of arrest.

DUI/DWI convictions stay on your record for up to ten (10) years and usually include some jail time, massive fines, and probationary periods that might last three (3) years. There may also be school- and work-related consequences, since underage drinking is often seen as a symptom of poor character development.

It is important to remember that no amount of alcohol is okay for a minor. Anyone under age 21 who takes even a sip of alcohol is breaking the law and taking a huge risk. When we add driving to that scenario, it only gets worse for both the minor and society, since teens who were drunk-driving represent a large percentage of fatal vehicle crashes each year. Underage drinking and driving is simply not a risk worth taking and if we can all agree on that, more of us will make it to the legal drinking age safe and sound.