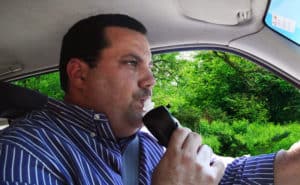 Across the U.S. we often find regional terminology for ordinary things we’d normally never think twice about. For example, some people will call an ignition interlock device a vehicle interlock or car breathalyzer. No matter where you are from, where you got a DUI, or what you call the ignition interlock, it is a tool you’ll need to retain your independence after a drunk driving conviction.

28 states now require vehicle interlocks for all offenses, and many states offer or require the devices through the DMV before you even get into court. California has already expanded ignition interlock requirements in the state, effective next year, and states like Florida and Wisconsin are looking at similar expansion. The reasons ignition interlock devices are so trusted by courts across the U.S. is simple: they have effectively prevented up to 15 percent of DUI fatalities.

When you drink and drive, there is a choice involved in getting behind the wheel and starting up your vehicle. AT some point, you probably wondered if you were okay to drive, and just decided to take a risk. Without knowing your blood alcohol concentration (BAC) you probably assumed your buzz was just that, a buzz. Unfortunately, that’s a common assumption, one that too often ends in tragedy.

The devices can only work when they are used, which means installing the devices as ordered by the court. That also means you must commit to driving the car with the vehicle interlock installed, and not try to circumvent your requirement by driving a different vehicle. Ignition interlock devices prevent 67 percent of subsequent DUI attempts, which means even with the devices, people are still trying to drink and drive. In MADD’s latest report, ignition interlock devices prevented 2.3 million attempts to drink and drive over the past decade. That’s how effective they are, no matter what you call them.