Weird DUI: Yep, Even on a Unicycle

You are here: Home / General Information / Weird DUI: Yep, Even on a Unicycle
September 14, 2017 by Editorial Staff 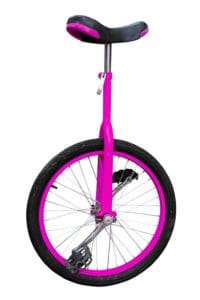 There are so many car-less ways we can use to get around town. Some people choose to walk from one place to another. Others use non-motorized vehicles like bicycles, skateboards, or scooters. Once in a while we are treated to the visual of a neighbor running the roads (well, sidewalks) on a unicycle. As crazy as that may be, there are still weird DUI cautions for these seemingly safe vehicles, like do not drink and try to “drive.” You are not a whole lot safer without a motor, nor are you any more able to operate those vehicles safely than if your vehicle has a motor. Plus, you can still be charged with a DUI… even if your vehicle is a unicycle.

In Colorado and several other states, there are laws that specifically criminalize drinking and riding a bicycle. Given the large communities of bicyclists in that state, the danger is apparent: intoxicated bicyclists are not exactly models of safety. The same sort of prohibition is extended to other non-motorized vehicles, like skateboards, unicycles, or roller skates. If you consider the difficulty an intoxicated person can have while walking, adding wheels to the mix is just asking for trouble. Weird DUI trouble.

No really, there are weird DUI stories, and then there are dangerous DUI realities.

Probably the biggest danger with a unicycle, bicycle or other non-motorized vehicle driven under the influence is to the driver. Much like the biggest risk to an intoxicated pedestrian is the actual walking (whether tripping or jaywalking) and bad decision-making at a crosswalk. As such, the law in many states can be interpreted in such a way that a “driver” of a unicycle who is found to be legally intoxicated could be charged with a DUI or other drunk driving charge. Furthermore, in states where ignition interlock devices are required for all DUI convictions, an intoxicated driver could end up with an interlock requirement on their motorized car, truck, or SUV, even if that vehicle was not part of the problem to begin with.