What are the Chances of a Florida Ignition Interlock Expansion?

You are here: Home / Uncategorized / What are the Chances of a Florida Ignition Interlock Expansion?
May 1, 2017 by Editorial Staff 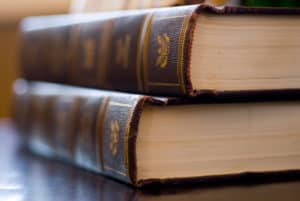 Currently, both the Florida Senate and House are reviewing a bill that will expand Florida ignition interlock access for all DUI offenders. The expansion includes:

Similar programs, like those in West Virginia, offer an ignition interlock in exchange for a deferred, or non-adjudicated criminal conviction. As a result, an accused offender is allowed a legal mulligan in exchange for their commitment to the interlock and any other conditions of their probation. No criminal conviction, no troubles in life. Lessons learned, cases closed. The chances are that Florida interlock expansion could work the same way. The bills seem to be successfully moving through various Florida House and Senate committees, with a vote expected in the next few months.

Last year, similar legislation was making rounds through Florida’s political channels, but it stalled before the session ended. Let’s learn from our mistakes and be sure we let our legislators know that we are serious about expanding interlock access this year. A Florida ignition interlock program not only prevents further drunk driving incidents, but it also enables those with the interlock requirement to maintain their freedom and independence, as well as self-worth, after a DUI occurs.

Previous Post: ← Can I Drive Another Car if I Have an Ignition Interlock?
Next Post: What’s Up with Dane County OWI Drivers? →