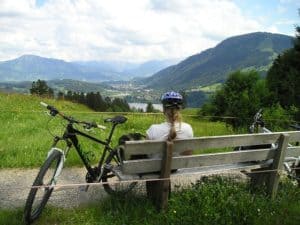 It’s the little things, they say, that matter most in life. But watching the number of Aspen DUI arrests drop is more than a little thing. It’s a big deal, and we all want to know what the city is doing right in the fight against drunk driving.

According to the Aspen police department, 2015 marked the least amount of DUI arrests in over a decade in the city. That decrease in Aspen DUI arrests (less than one-third of those in 2009) has been attributed to a more stable economy and better staffing. Before we jump on the celebration bandwagon, there’s a problem with those statistics, too: the rest of the state isn’t seeing the same decrease in drunk driving.

While Aspen’s DUI numbers are falling, the rest of Colorado is seeing those numbers rise, including drunk driving fatalities. Even Pitkin County, where Aspen is located, is seeing an increase in drunk driving problems, causing many head-scratching moments across the state. To confuse things further, MADD has commended the state of Colorado for its consistent approach to drunk drivers, especially the all-offender ignition interlock law and the resulting reduction of drunk driving deaths by 19 percent since that law was enacted. Perhaps Aspen has a better handle on ignition interlock compliance, helping keep repeat drunk driving offenses to a minimum.

Clearly more must be done to reduce the rising number of DUIs in Colorado. Studying the efforts of Aspen’s police department may actually provide more insight into ways to get those numbers down, hopefully for good. Since a more consistent police presence is usually a factor in reducing crimes of all types, that can be a good starting point. The lessons that Aspen can share with Colorado, and the rest of the U.S. are invaluable in the fight against drunk driving and keeping streets safe everywhere.