You are here: Home / General Information / Colorado DUI Fatalities Are Rising!
May 11, 2016 by Editorial Staff 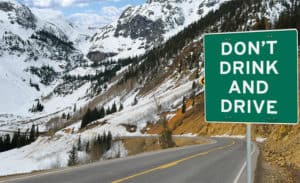 A Colorado DUI is a big deal, and it’s becoming more important for everyone to get serious about driving sober.

We all want to think we are safe from tragedy when driving, or that our loved ones will make it home after a long day at work. Unfortunately, that isn’t always the case, especially when there’s a drunk driver on our roads. Before a person is even convicted of a DUI, they have already driven under the influence of alcohol an estimated 80 times previously.

Colorado just received a huge wakeup call when it comes to road safety: an 8.3 percent increase in DUI fatalities across the state… in just three years. Across the U.S., states are starting to see those numbers drop, especially as ignition interlock requirements are expanded and enforced. In states where DUI fatalities are rising, the most common reason is that there isn’t enough enforcement of current ignition interlock requirements – so the devices are working, they’re just not being monitored closely enough.

As of March 31, 2016, 99 DUI fatalities have already occurred in Colorado. That’s almost as many as the entire year of 2015, where 121 DUI fatalities were reported. Clearly, the rising number is a problem and one that Colorado is working hard to address so that we can all be safe.

However, we are all the best prevention of a DUI fatality. When we know we will be drinking, we should have a safe ride home or appoint a designated driver. If we see an intoxicated person about to leave the party, we can get them home safely ourselves, call a taxi or suggest they spend the night. The point is that rising DUI fatalities in Colorado and in any state are a public safety concern, and with each person who is convicted of drunk driving, you can imagine the other 80 times they got away with such dangerous driving.