You are here: Home / General Information / Plan Ahead for Missouri’s Early Bird DUI Checkpoints
May 10, 2016 by Editorial Staff 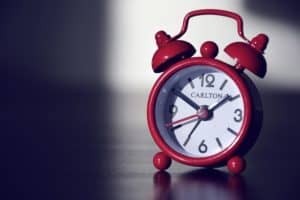 Statistically, the most dangerous day on the roads is New Year’s Day. Not New Year’s Eve, Cinco de Mayo or St. Patrick’s Day; the days that drinking plans are discussed for weeks, if not months in advance. It is actually the wee hours of the morning, from midnight until 3am that we are at our most vulnerable, which is why New Year’s Day is so dangerous, and why Missouri’s early bird DUI checkpoints may be a solution to day-after drunk drivers.

There’s no magic sobriety minute on a clock, so the drinks you drink at 10pm are likely still swimming through your veins at 1am, a mere three hours later. A DUI checkpoint after midnight gets right to the point and stops you from continuing your intoxicated drive home. You may be a little hungover and out of sorts as you sober up, but at least you weren’t involved in an accident. Also, you were probably pretty tired from drinking and maybe just from your day. That Missouri DUI checkpoint, while not entirely convenient, could have saved your life and the lives of others.

What should you do when you see a Missouri DUI checkpoint?

Missouri is a “no refusal” state, meaning that if you are stopped under the suspicion of a DUI offense (or at a DUI checkpoint) and you are asked to blow into a breathalyzer, you should go ahead and do it. If you refuse the breathalyzer, you could be at risk for a license suspension, ignition interlock requirement or other consequences.

Even though there’s more danger on the roads between midnight and 3am, that doesn’t mean DUI drivers aren’t a problem 24/7. When you’re planning your next big drinking holiday or just hanging out at happy hour with friends, you can plan a safe ride home and roll through those DUI checkpoints without a problem.