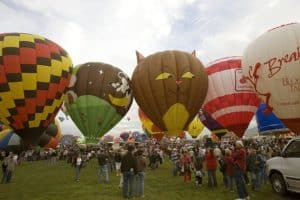 California, it may be time to check out what New Mexico has going on, at least where ignition interlock devices are concerned. This year you extended your four-county pilot program that required interlocks for all DUI offenders so you could study the effectiveness of the devices. Understandably, you want to know how the devices work for your state, for your people. In the meantime, check out what interlocks have done over in New Mexico.

Those numbers show that the devices work and are appropriate for all types of drunk drivers, from first-time DUI offenders to multiple DUIs or hardcore (high BAC) offenders. In California (including those four counties), interlocks stopped 124,000 .08 percent BAC or higher incidents and over one million attempts at the lower .025 threshold for the device. You already have the support of MADD, of cities like San Diego and Senator Jerry Hill, and once you have the data you need, you’ll no doubt see little reason to not implement an all-offender ignition interlock requirement.

New Mexico, New York, Virginia and other states with all-offender interlock requirements have plenty of proof of the effectiveness of the devices, as well. With all of the reasons to move forward on expanding the requirement across the state, California is heading straight into the future of responsible driving after a DUI and safer streets for us all.