Why is Binge Drinking Bad?

You are here: Home / General Information / Why is Binge Drinking Bad?
May 6, 2016 by Editorial Staff 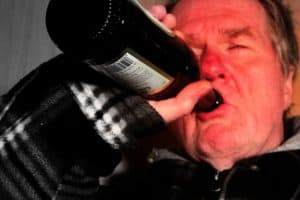 Alcohol isn’t going anywhere, anytime soon… except perhaps into our bellies as we toss back a cold one or sip on a favorite local wine. The majority of adults in the U.S. admit to drinking alcohol from time to time, and some of those even admit to binge drinking. In fact, if you wanted to know how many of your neighbors were binge drinking, there’s even a ranking of states you can refer to as you plan your weekend fun (including a designated driver, of course).

But as exciting as the idea of binge drinking can sound, you have to know that it is pretty bad for you and your neighbors. When you binge drink, you are consuming anywhere from 4-5 drinks in a very short time period (about two hours), meaning you:

Plus, binge drinking isn’t just for those crazy kids who just turned 21. The Center for Disease Control (CDC) reports that binge drinkers aged 65 years and older drink more often than the younger crowd at the bar, about five to six times a month compared to around 4 times per month, respectively.

If the thought of a drunk driving conviction, an ignition interlock requirement and possible injury on the roads isn’t enough reason to drink responsibly, remember that you could possibly be hurting your body in ways you haven’t considered when you binge drink. We are a culture that enjoys its alcohol, no matter the time of year or occasion, we just need to make sure that we are enjoying that alcohol responsibly and within moderation.