You are here: Home / News / Can Twitter Tame New Mexico DWI Drivers?
May 5, 2016 by Editorial Staff 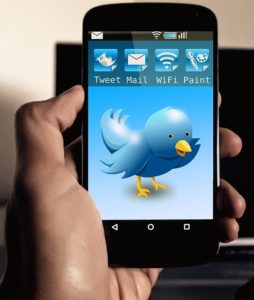 Social networking has come a long way.  Where else can you share your meals, your family photos and ideas for scrapbooks with millions of people around the world, not to mention your drunk driving record? Twitter is perhaps the most misunderstood and feared social network of them all; where 140 characters may be about to scare a lot of people sober… at least potential New Mexico DWI offenders.

A new Twitter campaign will focus on the New Mexico DWI judicial process and habitual offenders through social media. The state recently contracted with MADD to have the organization attend New Mexico DWI hearings and Tweet the details about an offender’s criminal sentence. Governor Martinez wants judges who are too lenient on DWI offenders, especially those with multiple convictions, to have more accountability for those sentences. Hopefully that transparency will help make the streets even safer from drunk drivers.

Governor Martinez has already been a strong voice in the fight against New Mexico DWI offenders. Late last year, Martinez began a full-scale crackdown on drunk drivers in the state, with increased law enforcement efforts to get the word out about drunk driving and to arrest those who still violated the state’s very strict DWI laws.

This new layer of social media activism against New Mexico DWI offenders isn’t the first of its kind, either. For many years, law enforcement has used websites and social media networks to publish the details about a person’s drunk driving arrest and/or conviction, giving more incentive to people to just stay sober when driving. Since even the promise of an ignition interlock requirement isn’t always enough to keep the streets sober, a Twitter “court of public opinion” campaign may be the solution needed to get judges to step up and get DWI offenders the help needed before another tragedy occurs.