You are here: Home / Law / There’s An Updated Maryland Social Host Law, Too!
May 4, 2016 by Editorial Staff 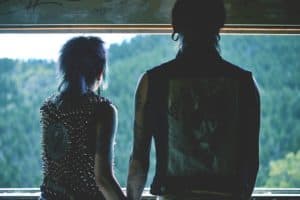 Maryland has made some major moves in its fight against alcohol-related crimes across the state this year. As the 2016 legislative session ended, the fight for an all-offender ignition interlock requirement was finally passed. Otherwise known as “Noah’s Law,” it states that a drunk driver will now be required to install an interlock no matter the blood alcohol concentration (BAC) that was measured or how many prior DUI convictions (if any) were found on their record.

This is a huge step forward for Maryland, but that’s not all. The Maryland General Assembly also passed a new law regarding social host issues in the state, making the responsibility for keeping alcohol away from underage minors fall on the shoulders of the more permissive adults in the state. The new Maryland social host laws increase the fines that a social host offender will pay if they:

Plus, that adult who violates the Maryland social host laws will face a misdemeanor criminal charge and up to a year in jail for the crime.

With this law, Maryland has a better way of keeping alcohol out of the hands of underage minors. The state already has a pretty strict “use it and lose it” policy for underage drinkers, taking away their driver’s license if they’re convicted of a DUI and requiring an ignition interlock once privileges can be restored. With the new Maryland social host law, keeping alcohol out of the hands of those who cannot legally drink is a little easier to manage, and will certainly be a new road to more responsible driving by young adults across the state.