You are here: Home / General Information / Women, Watch your BAC!
May 12, 2016 by Editorial Staff 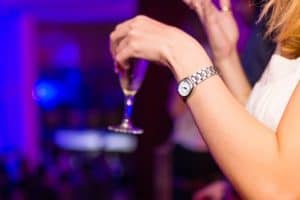 There’s a lot of genderspeak going on, especially with the current political and election climate warming up. When you carry around one of those “woman cards,” you’ve probably been slighted from time to time because of your gender. So it won’t come as much surprise that because of your woman card you also have a more difficult time with alcohol and your BAC. Even though equality is making headlines, your ability to metabolize alcohol comes down to your female physiology. Once again, we’ve got our work cut out for us.

Drinking alcohol, whether socially or to excess, isn’t a gender-specific issue. Nor is drinking and driving, as there are more female DUI offenders than ever before. A woman’s blood alcohol concentration (BAC) is just different than a man’s, according to science. So, when a female tries to keep up with her male counterparts during happy hour, she is at a higher risk for a DUI, ignition interlock requirement and the legal issues that follow. Not to mention the physiology that keeps a woman’s BAC higher also puts us  at higher risk for other health complications from drinking alcohol.

Our woman card also doesn’t keep a female from facing the legal and logistical issues that occur after a DUI. Ignition interlock devices, for example, do not discriminate between a woman’s BAC sample and that of a man’s. If either gender blows above the pre-set limit, the vehicle will not start. The difference is that it takes far fewer drinks for a woman to reach that BAC than it does a man. The penalties and the risks are the same.

There is a lot of gender disparity when it comes to alcohol, even in recovery programs like Alcohol Anonymous. But, one thing that doesn’t change is that it is dangerous to drink and drive, no matter your physiology or the gender you identify with. Playing your woman card ultimately means that while you watch your BAC, you plan a safe ride home if you’ll be drinking with the boys, the girls or any combination thereof.