What’s This? A Felony DUI Law in Colorado? 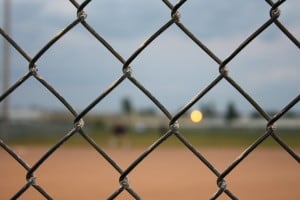 For baseball fans, “three strikes” can be a great thing, especially when it means their team has won the game. “Three strikes” for a drunk driver in Colorado has absolutely nothing to do with winning, unless it means winning the fight against drunk driving..

The new bill changes Colorado’s DUI law in a few ways, making it a really bad idea to drink and drive, not that it is ever a good idea. Currently, any DUI will land an offender in front of a judge, paying fines and court costs, and eventually qualifying for an ignition interlock and a restoration of limited driving privileges. The new law says that if an offender is in front of the DUI judge for a third time in seven years, they will be charged with a felony. If it is the fourth DUI charge over the offender’s lifetime, that will also be a felony.

In Colorado, a DUI is only a felony if a person is killed during the incident. This new “three strike” law changes the severity of the consequences for a habitual drunk driver or those that are estimated to “get away” with drunk driving 80 times for each one time they are caught.

A “three strike” felony DUI law in Colorado can make a big difference in the safety of the roads for everyone, and could even affect those who are “under the influence” of non-alcoholic substances. A felony can even be a bigger deterrent for drinking and driving than the frustration of an ignition interlock or the financial burden of that $10,000 ride. Winning the fight against drunk driving in Colorado and across the U.S. starts with playing hard ball and holding offenders responsible to the fullest extent of the law.  In this case, if the fullest extent isn’t strict enough, it is definitely time to make those changes.