When is a DUI a Felony? 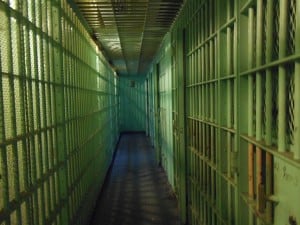 Drinking and driving is a crime, and a dangerous crime, at that. Still, there are very few cases in which a sober person plans a night of alcohol and joy riding. Everyone makes mistakes, especially after a few too many drinks, and laws across the U.S. reflect a certain lenience when that is the case. Despite the danger, if a DUI has caused no harm to a person or any property, it is usually considered a misdemeanor crime, a reason to make better life decisions and an opportunity to learn lessons in responsibility before it is too late.

A felony DUI, however, is a different story and each state has a different set of guidelines for what defines a felony versus a misdemeanor drunk driving conviction. In New York and Oklahoma, a second drunk driving conviction in 10 years can be considered a felony. But, California and New Mexico will only charge you with a felony once you have racked up four DUI convictions. However, the classification doesn’t just depend on the number of convictions and with the following aggravating factors, even your first-offense DUI could be a felony:

If you are facing a felony DUI, you are also facing the loss of your rights as a U.S. citizen, including he right to vote, to obtain a passport or own or use a gun. You could also risk losing your license, public assistance and even your parental rights. You will most likely have a long-standing ignition interlock requirement, as well.

Nobody can predict how drunk driving will end, and that is what makes it dangerous. Because of the different laws in each state, and the aggravating factors that can occur, a felony conviction can be troubling, but, it is hardly the worst consequence that can be faced.

Previous Post: ← That DUI and Your College Plans
Next Post: Moving from Missouri with a DUI Interlock →