Will an Interlock Actually Shut Off My Car?

You are here: Home / Resources / Will an Interlock Actually Shut Off My Car?
June 5, 2015 by Editorial Staff 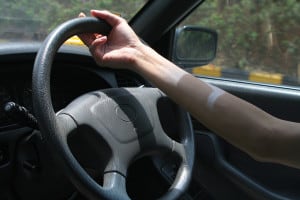 The word, “interlock” can be daunting. Probably because of the “lock” that is rumored to happen while you’re driving. Even just the thought of being locked out of your car is enough to make you cringe, and what if the ignition interlock isn’t working? We’ve heard tons of different ways to ask whether an interlock can shut off a car, and the response to each one is the same: no, an interlock cannot shut off your car.

An ignition interlock can “lock out” your ability to start your car if you have been drinking alcohol. That’s the “locking” mechanism of the device – and it actually just prevents your ignition system from doing its job.  Your car and engine are all fine; they’re just in a “time out” until you sober up. Too many of those lock out situations, however, will send your vehicle into a more permanent “time out” that only an ignition interlock service provider can fix.

If you’re driving and have to submit a breath test, your engine will not lock down, your car will not shut off and you will be perfectly safe even if you don’t blow into the device. Your car horn may honk and your lights will flash, but, your car is safe and so are you. Then, you can pull over and perform the test. You are the one who shuts off your car in this case, and that’s only if you miss the rolling re-test.

No interlock can shut off a car, despite the worry and the urban legends that spin around the internet or those “friend of a friend” situations. As long as you are sober when you’re driving and perform your breath tests as directed, you’ve got this! You’re doing your part to drive safely, and so is your ignition interlock device.