Is it an Ignition Interlock or Guardian Angel?

You are here: Home / Opinion / Is it an Ignition Interlock or Guardian Angel?
June 4, 2015 by Editorial Staff 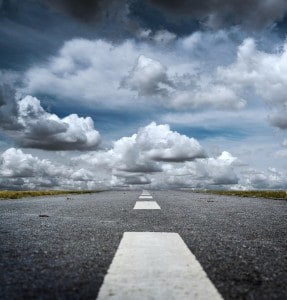 Some people say that if they didn’t have bad luck, they’d have no luck at all. Oddly, people say that after a DUI or drunk driving conviction, that somehow it was “bad luck” that they were caught driving under the influence of alcohol. Maybe a black cat ran across their path, causing their level of intoxication to suddenly rise as they were being followed by law enforcement. Perhaps they broke a mirror while playing beer pong. For the “unlucky” drunk drivers, there is one solution to help change their luck, a guardian angel of sorts: an ignition interlock device.

Guardian angels are there to keep us out of trouble and help us step out of danger’s way. Ignition interlocks work in the same way – they keep us from driving if we’ve been drinking. There isn’t much “luck” to them, really, they just don’t allow alcohol to get in the way of safe driving. Much like a guardian angel that gently points out the reality of intoxication, ignition interlocks remind us that bad decisions are about to be made and those consequences can be deadly. That’s a guardian angel that not only works for a potential drunk driver, but for anyone else on the road, too.

Good luck comes in many forms, and can be found in the most unlikely of places. When it comes to stopping a person from drinking and driving, the best luck we can all rely on is a person’s commitment to driving safely. But, if that isn’t enough, then we can trust in the luck from those “guardian angel” ignition interlock devices that work so hard to keep our streets safe.  A DUI isn’t bad luck, it is a bad decision to drive under the influence of alcohol and ignition interlocks change that luck.

Does Missouri Require Ignition Interlocks?
Next Post: Will an Interlock Actually Shut Off My Car?