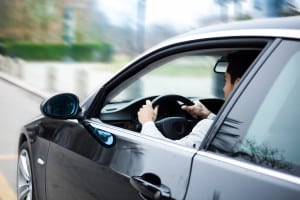 Nobody wonders if drinking and driving is wrong – in fact, it is a pretty well-known concept that driving while intoxicated is a bad idea. But, people still continue to take that risk. They feel “bulletproof” with enough drinks, or they don’t think that the punishment for a DUI or DWI in Missouri is a big deal. Technically, Missouri doesn’t require ignition interlock devices for drunk driving offenders, so how serious could the crime really be?

It is serious, and you’re going to want an ignition interlock device so that you’re still able to drive after your DWI or DUI.

Missouri law understands that not everyone wants to drive after a DWI or DUI. You may not even have your own vehicle, even if you wanted an ignition interlock device. That’s why the state doesn’t really require interlocks – but, the state does strongly suggest you use one.

If you want your driving privileges back after a DWI or DUI in Missouri, you have two options: you can ride out the suspension period and just not drive, or you can drive with an ignition interlock. You cannot legally drive your own vehicle without an ignition interlock, or any vehicle that doesn’t have the device installed. It is required that you prove you have an ignition interlock installed to restore your license, and until then, you are required to find alternative transportation for yourself.

If you own your own vehicle and you have been convicted of a DUI or DWI in Missouri, the “big deal” will probably be the one that gets you back on the road – an ignition interlock. While the state may not require the device in your case, you might want to really look at how much of your own freedom you can restore by using an interlock.

New York Woman Drives into Husband, Gets DWI
Next Post: Is it an Ignition Interlock or Guardian Angel?