How Wisconsin Failed the Ignition Interlock
Test in 2014

You are here: Home / Law / How Wisconsin Failed the Ignition Interlock Test in 2014
December 9, 2014 by Editorial Staff 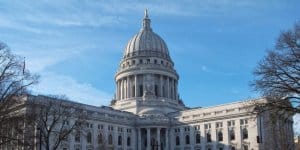 Wisconsin is the only U.S. state that does not consider all first drunk driving offenses as criminal acts. As a first-time offender of the state’s OWI (Operating While Intoxicated) laws, you could be arrested and have to deal with court and fines, but it won’t be considered the beginning of a potential life of crime. Unfortunately, considering the serious nature of drunk driving, Wisconsin’s lax laws appear to be failing its residents, on all levels of drunk driving offenses.

Several Wisconsin bills addressing drunk driving experienced their demise this past legislative season.  One, AB 846, was aimed at making first-time OWI offenses a crime, but it was entered late in the season and garnered no support. Another bill directed toward first-time offenders (AB 68) would have made a first-time OWI a crime if the driver was driving with a blood alcohol concentration (BAC) of .15 or higher. The legal limit is .08 nationally.

The bill also introduced tougher penalties for second-time offenders. After being amended to void both those ideas, the bill tried to get rid of the current 10 year stipulation for second offenders, giving them misdemeanor charges regardless of how long ago their first OWI occurred. Neither version seemed to impress Wisconsin’s Senate, although the Assembly passed the amended bill by an overwhelming majority.

Although ignition interlock devices (IIDs) are highly recommended drunk driving solutions, Wisconsin’s laws aren’t taking advantage of the devices and programs like other states have. Two bills (AB 467 and AB 738) addressed interesting issues regarding IIDs. AB 467 aimed to bar people who are required to use the devices from driving any vehicle without one. Logically, that bill would support the integrity of ignition interlock device laws, but there was no vote on the bill in the Senate. AB 738 would have made all OWI offenders have to use an IID. Currently, the only first- and second-time offenders who have to use an ignition interlock device are those with a BAC of .15 or higher at the time of their arrest.

It seems that Wisconsin legislators are unconvinced that throwing more laws at the problem of drunk driving will have a long-lasting effect. However, when a headline proclaims a Wisconsin resident has been convicted of a 4th or 5th OWI (or more); common sense says that changes need to be made, and fast.