Why are Women Drinking and Driving More?

You are here: Home / Resources / Why are Women Drinking and Driving More?
July 25, 2014 by Editorial Staff 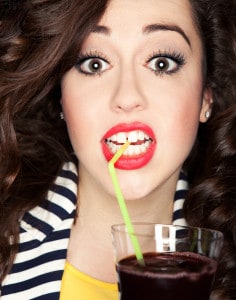 Driving while under the influence of alcohol is a choice too many people make, creating dangerous situations that are ultimately preventable. In the U.S., a person is considered legally drunk at a blood alcohol concentration (BAC) level of .08, and he or she will be arrested for DUI/DWI during a traffic stop or at a sobriety checkpoint. Recent statistics have shown a startling trend, however: that while alcohol-related traffic arrests were mostly attributed to men in years prior, the number of women with alcohol-related charges is rising.

The 2013 FBI report on crime statistics shows women are increasingly being charged with DUI (a 20% increase) and drunkenness (18% increase) while the number of men convicted of these crimes is falling. Some might say that due to differences in metabolism, women are at a higher risk for problems with drinking and driving, whether at the legal BAC limit or otherwise intoxicated. Others contend that women are encouraged to drink more, either by friends and peers, or through the marketing of “skinny” drinks with lower calories that could increase the overall consumption of alcohol at bars or parties.  Women are also in the workforce more than ever, and the same allure of a drink or two to “unwind” after work can quickly become an invitation for drinking and driving when it is time to go home.

While there are no definite answers to the problem of women drinking and driving, the same penalties apply to anyone convicted of a DUI/DWI, regardless of gender, including community service, incarceration, ignition interlock installations, court fines and even substance abuse treatment programs mandated by the court. Certainly, more studies are needed to discover the reason women are drinking and driving more, to increase awareness of the problem and promote safe driving habits without a life-altering DUI/DWI conviction, ignition interlock installation or the other high costs of driving drunk.