Drinking and Driving in California? “No Refusal” May Change Your Plans

You are here: Home / Law / Drinking and Driving in California? “No Refusal” May Change Your Plans
July 28, 2014 by Editorial Staff 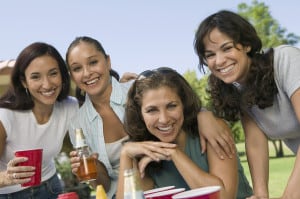 California is a state known for sunny beaches, Hollywood, wine and technology in the northern region, and as a place where everyone lives life to its fullest. However, California is also a state that takes drinking and driving seriously, keeping its residents as safe as possible when behind the wheel of a vehicle, no matter the region within the state. This attitude toward drinking and driving is reflected in the state’s “no refusal” policy, mandatory license suspension, DUI and ignition interlock laws.

Along with countless states in the U.S., California has a “no refusal” policy for drivers that helps to reduce the chances of drinking and driving throughout the state. “No refusal” policies are implemented when a driver is granted a license to drive, and by accepting the license, he or she is proactively allowing a police officer to administer a blood alcohol concentration (BAC) test if suspected of drinking and driving. These tests may be administered through a breathalyzer, or by testing the blood or urine of a DUI suspect. If a person refuses the roadside BAC test in California, he or she is immediately taken into police custody for further testing and will face a minimum of one year driver’s license suspension plus the penalties for a DUI conviction, including court fines and fees, possible incarceration, ignition interlock installation and more.

Drinking and driving in California is taken seriously, and any refusal of a BAC test or field sobriety test can be considered a result of being belligerent and intoxicated. Based upon this “probable cause,” a driver can still attempt to refuse sobriety or BAC testing, but, that is never recommended. As the consequences for drinking and driving in California are so strict, those DUI penalties may be considered less of a burden than those that come with the state’s “no refusal” policy.