What is “No Refusal?” 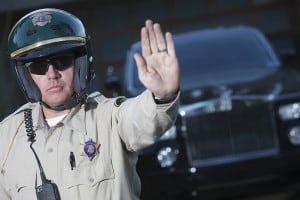 For many years, drivers have operated their vehicles with the understanding that if pulled over for a suspected DUI (driving under the influence), they could refuse to give a breath or blood sample to law enforcement. Although a refusal may result in a driver’s license suspension, it often saved drunk drivers from a DUI conviction. In many jurisdictions around the country, prosecutors are unwilling to try for a DUI conviction without blatant evidence to help them prove their position. However, as more states embrace “no refusal” policies, drunk driving allegations become easier to prove.

What is a “no refusal” policy? Since drivers have the right to refuse breath and blood samples when pulled over for a suspected DUI, “no refusal” policies give law enforcement personnel the ability to obtain a search warrant while still on the scene. These warrants include the right to obtain a blood sample from the driver in question. Technically, drivers may still refuse to provide a blood sample, but with an issued warrant the stakes are higher. A refusal at that time could result in contempt charges and increased jail time.

With “no refusal” policies in place, prosecutors have an easier time getting DUI convictions. Normally, if a drunk driver refuses to give a breath or blood sample, by the time a warrant is issued to force a blood sample, the driver may have sobered or the blood alcohol concentration (BAC) level dropped to below the legal limit of .08. “No refusal” policies provide warrants more quickly, so that by the time the driver is at the police station or designated place for the blood draw, a phlebotomist is waiting to acquire a blood sample. Prosecutors and judges work closely to make everything happen quickly, ensuring a case worth prosecuting.

States with “no refusal” policies in place usually provide many opportunities for drivers to know what is going on. There are generally special times of the year, especially around holidays, when law enforcement participates in concentrated patrols and sobriety checkpoints for the “no refusal” policies. One important aspect of these concentrated efforts is high visibility. Counties, cities, and states want drivers to know when they are conducting special “no refusal” efforts, because the goal is to reduce drunk driving fatalities. The more visible these endeavors are, the less likely people are to drive while intoxicated.