Reasonable Suspicion to Stop a Vehicle

You are here: Home / Resources / Reasonable Suspicion to Stop a Vehicle
September 9, 2013 by Editorial Staff 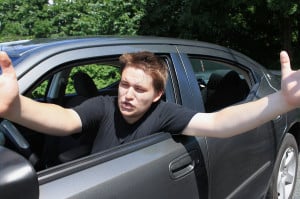 Keeping our streets safe can be stressful job. Law enforcement have to be on the lookout for signs of impaired driving when patrolling the streets, and they have to constantly make snap judgments about whether or not to pull someone over. There are specific reasons why officers pull vehicles over and they cannot do so on whims. When pulling a driver over, an officer must have reasonable suspicion to stop the vehicle, but many of us may not know what that means. Outside of blatant traffic violations, there are other times when an officer has the responsibility to pull a driver over and check the situation.

Certain situations are probably easier for law enforcement, when it comes to checking for DUI (driving under the influence) status. For instance, if there is a car accident, officers are required to check for causes and influences outside of the obvious and what the people involved tell them. Any time there is an accident, the officer who reports to the scene must investigate to make sure intoxication was not a contributing factor. Life is also a little easier while conducting sobriety checkpoints. Drivers already know what to expect and officers can simply look for signs of DUI.

However, other situations are not so simple and require the officer to put more thought into whether or not there is reasonable suspicion to stop a vehicle. For instance, if an anonymous caller reports erratic driving, the officer who responds cannot automatically pull over the vehicle in question. Only after observing the reported vehicle and witnessing erratic driving can the officer pull the person over. Officers pull most drivers over for erratic and suspicious driving; also, for multiple traffic violations in a row. When a driver is intoxicated, driving habits usually change enough to warrant reasonable suspicion.

Over 50% of drivers who provide reasonable suspicion to stop a vehicle commit the following acts:

These types of behaviors while driving all give law enforcement reason to suspect that the driver is under the influence and, therefore, a danger to others. When officers observe these types of erratic driving behaviors, they have the right to pull the driver over and ask the driver to step out of the vehicle. While these actions may not always result in a DUI conviction, officers must check drivers exhibiting these behaviors because they pose a threat to everyone else in the vicinity.